skip to main | skip to sidebar

And there was much rejoicing, like we just ate Brave Sir Robin's minstrels.

Anyway, for those of you who didn't know, my extended absence was occasioned by...the occasion of the Alaska Bar Exam. In an effort to minimize my online time, and therefore maximize the studying, I rather cut myself off from the internet. 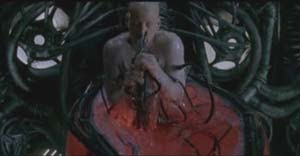 I didn't check email, I didn't surf, I didn't read or write blogs/comments. Heck I barely answered the phone...(thanks for the kind wishes those of you who provided them...) And for some reason, bar exam and studying therefore aside (how was the play, Mrs. Lincoln?) this was kind of awesome. Except for the 600+ emails I have to sift through now...anyway, a lot happened while I was gone, but I can only review so much:

Congratulations! (Passed or not, you survived the experience. So far)

(I have no opinion whatsoever on anything else in this post, as it turns out)

I wondered what happened, I was looking for you! Alaska bar? Wow. Good luck.

Does this mean your roll will now accelerate?

welcome back and congratulations.

Can I get your support behind a proposal that any college basketball team that scores less than 70 points in any game during the season cannot qualify for the tournament? If they score less than 60, they're disqualified for the following year as well.

For the NBA, the cutoff is 80 points. Less than 80 and playoffs, score less than 70 and the team is disbanded and the players sold to teams who give a shit.

No, you may not ban teams for scoring under 70 - the 49-48 OSU-Wisconsin game was ridiculously entertaining, obscene elbow injuries aside.